Barden Tower dates back to the 15th century when Henry, 10th Lord Clifford, remodeled the hunting lodge into the large tower house. Henry preferred spending his time at Barden more so than his main seat of power in nearby Skipton Castle. 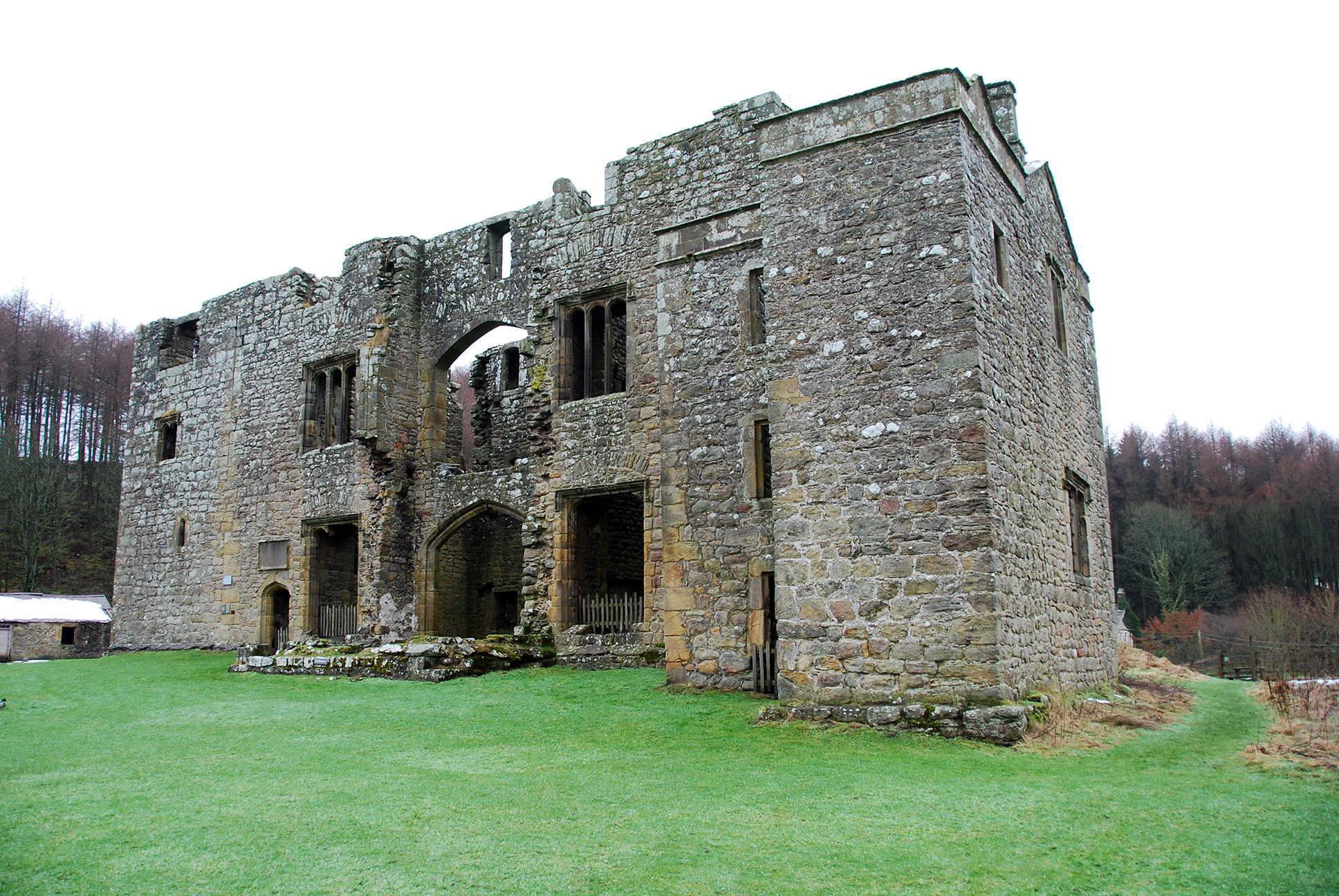 Barden Tower was not built for defense but rather as a lavish residence. The tower fell into ruin and was restored and added to in 1658-1659 by Lady Anne Clifford, who also restored other castles in the area. An inscription in stone to Lady Anne on the outer wall of Barden Tower reads:

THIS BARDEN TOWER WAS REPAYRD BY THE LADIES ANNE CLIFFORD COUNTESS DOWAGER OF PEMBROOKE DORSETT AND MONTGOMERY BARONESSE CLIFFORD WESTMERLAND AND VESEIE LADY OF THE HONOR OF SKIPTON IN CRAVEN AND HIGH SHERIFESSE BY INHERITANC OF THE COUNTIE OF WESTMERLAND IN THE YEARES 1658 AND 1659 AFTER IT HAD LAYNE RUINOUS EVER SINCE ABOUT 1589 WHEN HER MOTHER THEN LAY IN ITT AND WAS GREATE WITH CHILD WITH HER TILL NOWE THAT ITT WAS REPAYRED BY THE SAYD LADY. ISA. CHAPT. 58. VER. 12. GOD'S NAME BE PRAISED!

An outer wall once existed around the tower, but was probably dismantled during the English Civil War. Only a simple gateway archway remains of the outer wall. Barden Tower was captured by rebels during the Pilgrimage of Grace in 1536.

Only the outer shell of the tower house remains of Barden Tower. Access to the inside is off limits to the public due to danger of falling rocks from the ruin. Still, enough of the ruin remains to know that this was a formidable residence in its day.

It is worth a visit but there is not enough to see to plan a whole day out just visiting the ruins. Bolton Priory is also located on the same Bolton Abbey Estate and Skipton Castle is only 5 miles away. A visit to Barden Tower should be combined with seeing one or both of those other sites.

Off the B6160 between Harrogate and Skipton.