Château du Plessis-Bourré resides just north of Angers in France. It represents another fine castle of Loire Valley and was built over a five year period between 1468 and 1473 by Jean Bourré, Louis XI’s Minister of Finance. Louis XI frequently visited Jean at the newly built château. In addition, after seeing the château, he named Jean Bourré the Minister of Royal Constructions. Louis XI also established an order of chivalry called the Knights of the Order of Saint Michel, which consisted of thirty six knights including Jean Bourré who represented one of the original chevaliers. 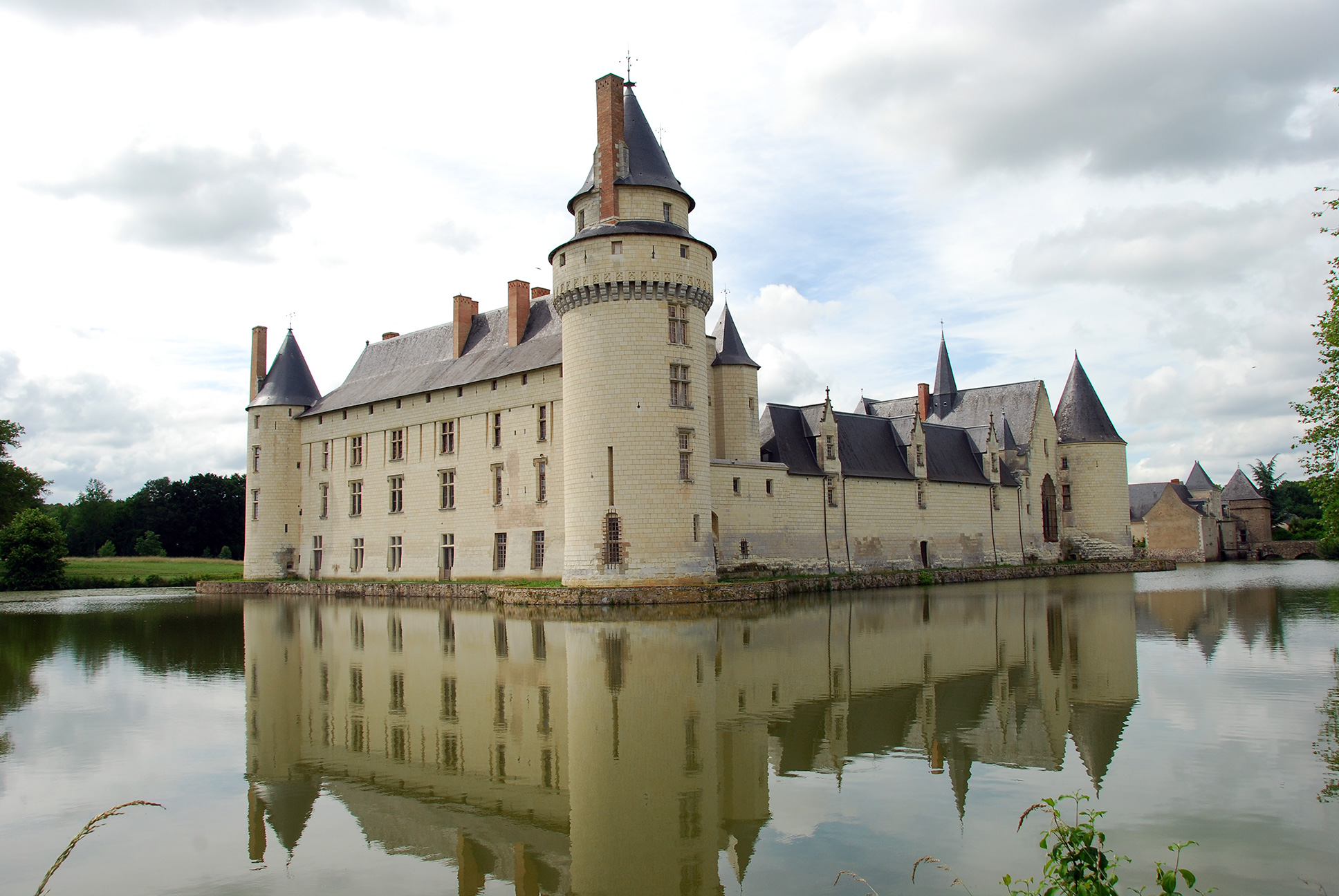 Unlike many other famous castles, no historical records exist regarding conflicts of war associated with Château du Plessis-Bourré. This may account for its predominantly unaltered state since the 15th century. For hundreds of years, the castle primarily served as a home to its inhabitants. However, it did serve as an infirmary during World War I where wounded soldiers received medical attention within the room currently used as a library. Interestingly, numbers and marks are still visible on one of the fireplaces, which represented a crude tally of wounded soldiers.

Château du Plessis-Bourré was classified as a Monument Historique national heritage site in 1931. Today, the château is privately owned and still occupied by descendants of Marshal Soult who served as one of Napoleon Bonaparte’s trusted generals.

The style of Château du Plessis-Bourré is known as transitional since it was built towards the end of the Middle Ages when the Renaissance was beginning. It is not as grandiose as some of the other castles along the Loire River but well worth visiting. The moat surrounding the castle is over two meters (approximately 6.6 feet) deep. Although originally constructed for defensive measures, it currently provides a tranquil and picturesque setting for the castle.

The interior of the castle may be visited by guided tour only. While tours are provided in French, handouts describing the rooms in other languages are available. The castle features two drawbridges side by side at its entrance. The smaller drawbridge was used by persons while the larger one for horses. As part of the tour, a guide demonstrates how these drawbridges operate.

The exterior of the castle remains almost unchanged since the 15th century. Regarding the interior, it includes decorations and furniture from various periods of French history. The Hall of Honor remains nearly identical since the 15th century and contains a fine Flemish tapestry. The Empire Room encompasses furniture from the Napoleonic period of the early 19th century while the library houses a collection of over 3,000 books dating between the 16th and 19th centuries.

Visiting the castle grounds and attending an hour long guided tour will take approximately half a day at most. If you wish to see a second castle the same day, Château de Brissac is located just south of Angers, which is about an hour drive away.