Brough Castle resides in Cumbria in the North of England, built on the site of the Roman fort of Verteris. The castle on the ridge, was built around 1100 shortly after Northern England had been annexed from the Kingdom of the Scots by William II of England. It was originally built to safeguard routes from the north across the Pennines into Yorkshire and more direct routes south into Westmoreland and Lancashire. 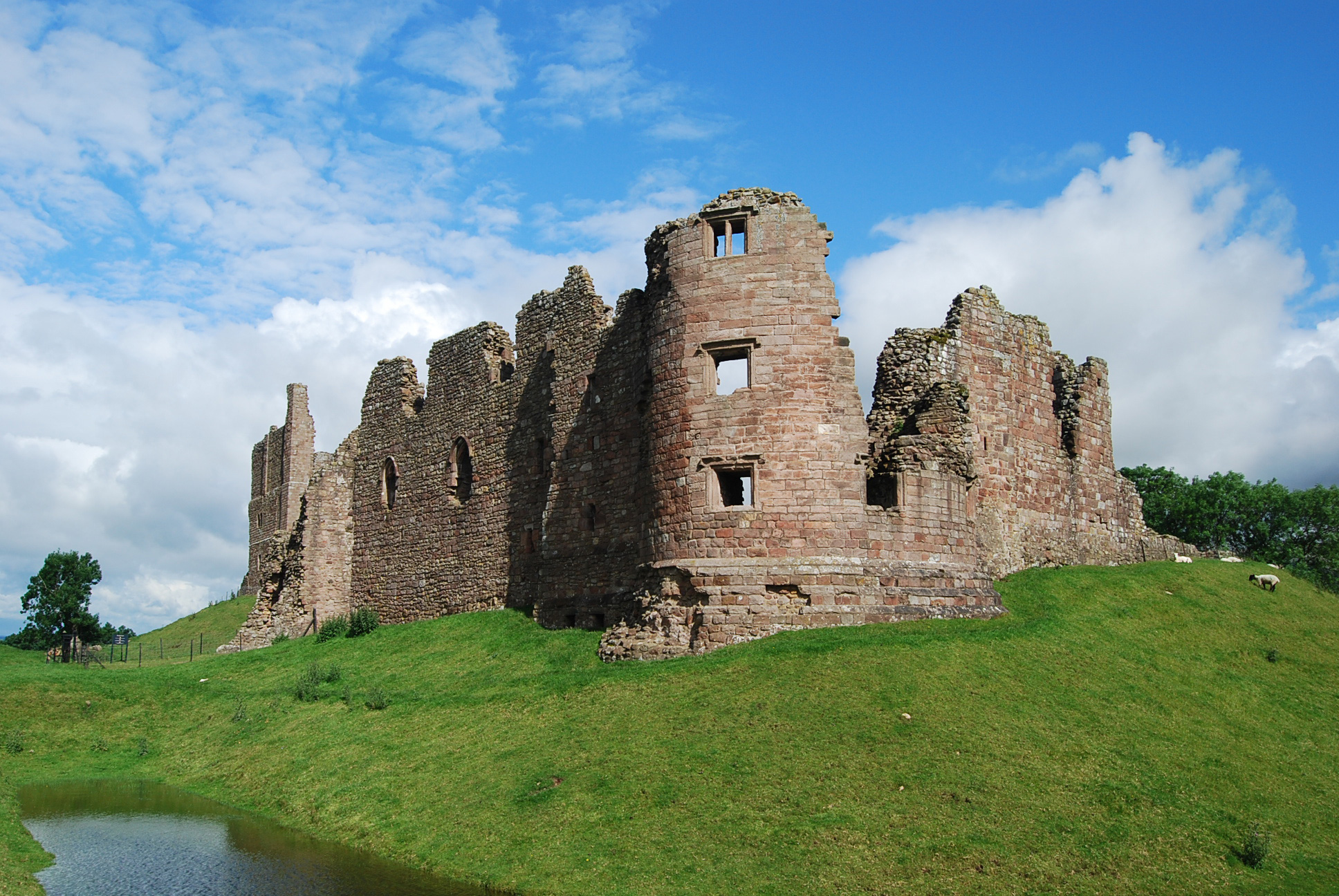 The layout of the castle with the keep at one end of the bailey and other structures at opposite end probably matches the Norman structure on the same site that predated the current castle. Some masonry of the keep and curtain wall that is seen today dates back to around 1100 when the current castle was built. The need for stronger defenses was justified being so close to the Border with Scotland.

Indeed, in 1173 and 1174, King William the Lion of Scotland invaded the north of England. In 1174 he blockaded Carlisle and marched further south with his army. Nearby Appleby quickly surrendered, then Brough Castle was attacked.

A contemporary writer of the time, Jordan Fantosme, wrote that Brough castle was defended by six knights. Which would have been a substantial garrison as each knight would have had his own men with him. The bailey was soon captured in the attack and the defenders retreated to the keep. The attackers then set fire to the keep, being a wooden structure above the stone base. All but one knight then surrendered. The last knight continued to fight, hurling spears and pointed stakes before eventually giving up the fight. The keep was then burned to the stone foundations.

In 1179, Henry II of England granted the castle to Theobald de Valoines, who held the castle through the reign of Richard I and most likely built the new square keep. The castle reverted to the crown and in 1203, King John gave Brough Castle and Appleby Castle and the lordship of Westmorland to Robert de Vieuxpont, the builder of nearby Brougham Castle. Robert added the gatehouse and a hall across the south end of Brough Castle, but his immediate descendants neglected the castle and it was reported to be in ruins by 1254.

Brough Castle as well as Brougham Castle passed to the Clifford family in 1268. Robert Clifford rebuilt the hall at Brough and added the semicircular tower in the south end of the castle, now known as Clifford's Tower, which he used as a residence for his family. He also did considerable restoration work to the outer curtain wall.

In 1314 and 1319, the town of Brough was attacked by Scottish raiders from the north. It is certain that locals and their livestock would have taken refuge in the castle during these raids. The castle also accommodated a large garrison as 15 men-at-arms and 20 hobelers (light cavalry) were reported there in the early 1320s.

Brough Castle escaped capture in the great Scottish invasion of 1388 in which nearby castles of Brougham and Appleby were sacked. When the Clifford's re-established themselves in Westmoreland after the Battle of Bosworth Field in 1485, activities at Brough Castle increased. Shortly after Henry Clifford had celebrated "the great Christmas" at Brough castle in 1521, the castle was devastated by a fire that would burn out all the wooden fittings, floors, doors, and windows, leaving the castle uninhabitable. The castle would not be occupied again until the time of Lady Anne Clifford.

In 1659, work began to restore Brough Castle and the following year was completed enough for Lady Anne to be able to make brief visit, staying one night in Clifford's Tower and 2 nights in the keep. An inscription recording her restoration work was put up at the end of 1663, so the work was most likely completed by then. In 1665 she would stay at the castle from 10 November until 19 April the following year and three more extended visits after that, always occupying the top floor of Clifford's Tower. She added the stables and service buildings to the castle during her restoration work.

In 1666 another fire broke out at the castle making it uninhabitable again. The castle was stripped of any usable fittings and some stone work. More of the masonry began to collapse around 1800, bringing the castle to the ruined state we mostly see today.

In 1921, Brough Castle was given to the ministry of works and now falls under the care of English Heritage.

Brough Castle is one of my personal favorite castle ruins in Northern England. The background picture of the rolling hills and countryside of the Eden Valley on the top level page of great-castles.com was taken from Brough Castle looking westward.

The most interesting part of Brough Castle is the keep. Even in a ruin state, it's an imposing presence towering above the rest of the castle. The basement area was used to store goods and upper floors as chambers.

The remains of Clifford's Tower in the southwest corner are just a shell of the former tower, with just enough remaining to get a good idea of the tower's width and the thickness of the walls. Outlines of Tudor style window frames in the tower walls still exist, inserted during Lady Anne's restoration.

The gatehouse today is not much more than an open stone archway, just a shell of the former 3 story gatehouse that once protected the entrance to the castle. Enough foundations of other walls exist within the bailey to get a sense for the size of the hall, stables and service rooms that once stood. Today the castle a secluded and peaceful place to visit and imagine what once was.