Burg Fürstenberg resides along the Rhine River near the town of Rheindiebach in a picturesque setting overlooking vineyards and river below. It’s one of numerous castles in the 50 mile stretch along the Rhine between Mainz and Koblenz Germany. 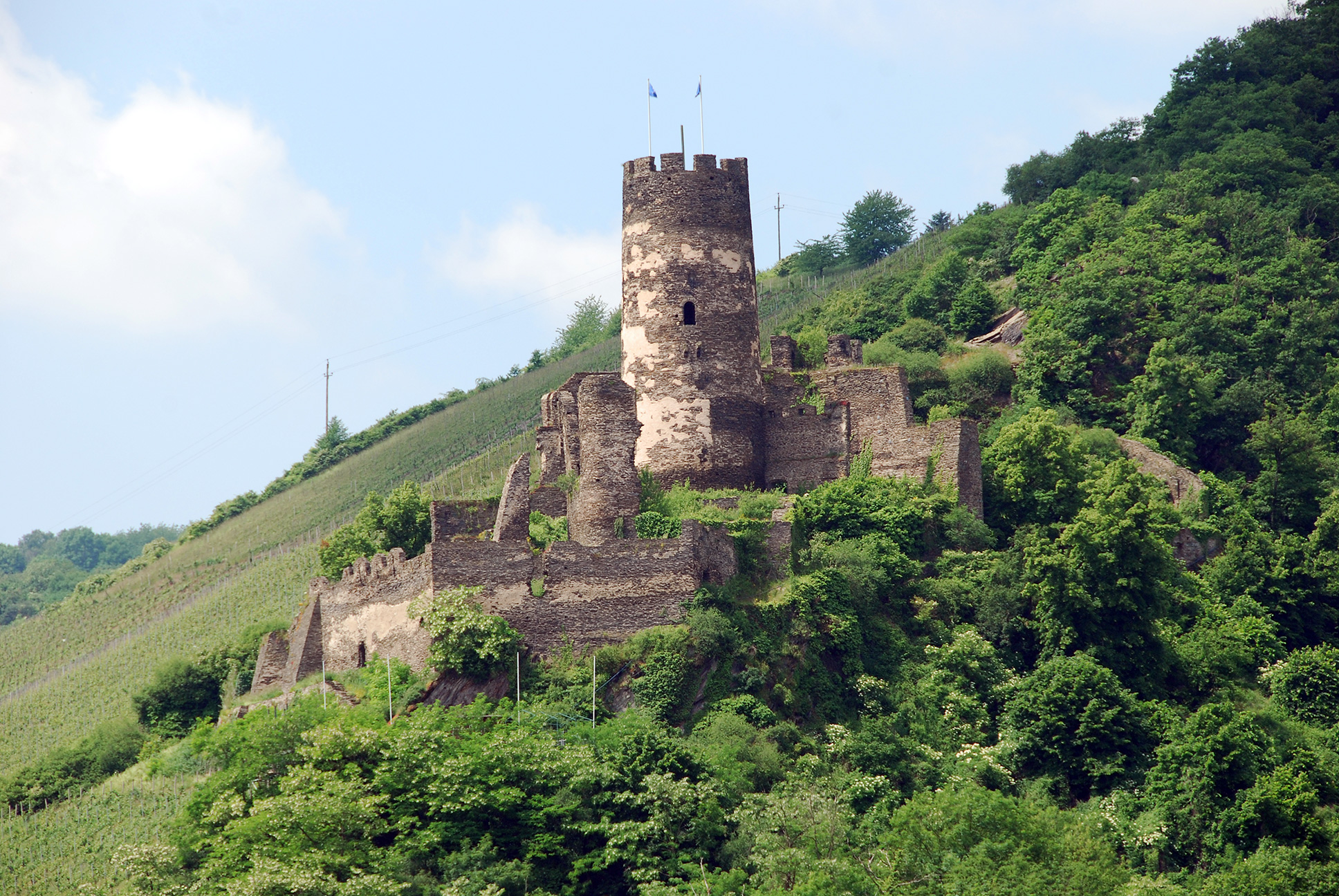 It was built by Archbishop of Cologne, Engelbert I, in 1219 to protect his property around Bacharach. Nearly 25 years later in 1243, the castle came into possession of Wittelsbach Count Palatines as a fief of the archdiocese of Cologne. Besides serving as protection for surrounding lands, it was used to levy tolls on boats traveling along the Rhine.

The 17th century proved turbulent for Burg Fürstenberg as it was besieged by Spaniards in 1620 and during the Thiry Years' War by the Swedes in 1632. However, it was ultimately destroyed by the French during the Palatine War of Succession, which lasted from 1688 to 1690. For more than three centuries thereafter, Burg Fürstenberg has steadily deteriorated to its current ruinous state.

Burg Fürstenberg is privately owned and not open to the public. However, it's worth taking pictures of the castle from shoulder of road leading to Rheindiebach or aboard one of the Rhine River cruise boats passing nearby.

Off the B9, along Rheingold Str.