Marmion Tower was the gatehouse of the now otherwise demolished Tanfield Castle, a fortified manor house. The tower was named after the Marmion family who owned the manor, which was constructed between 1350 and 1400. 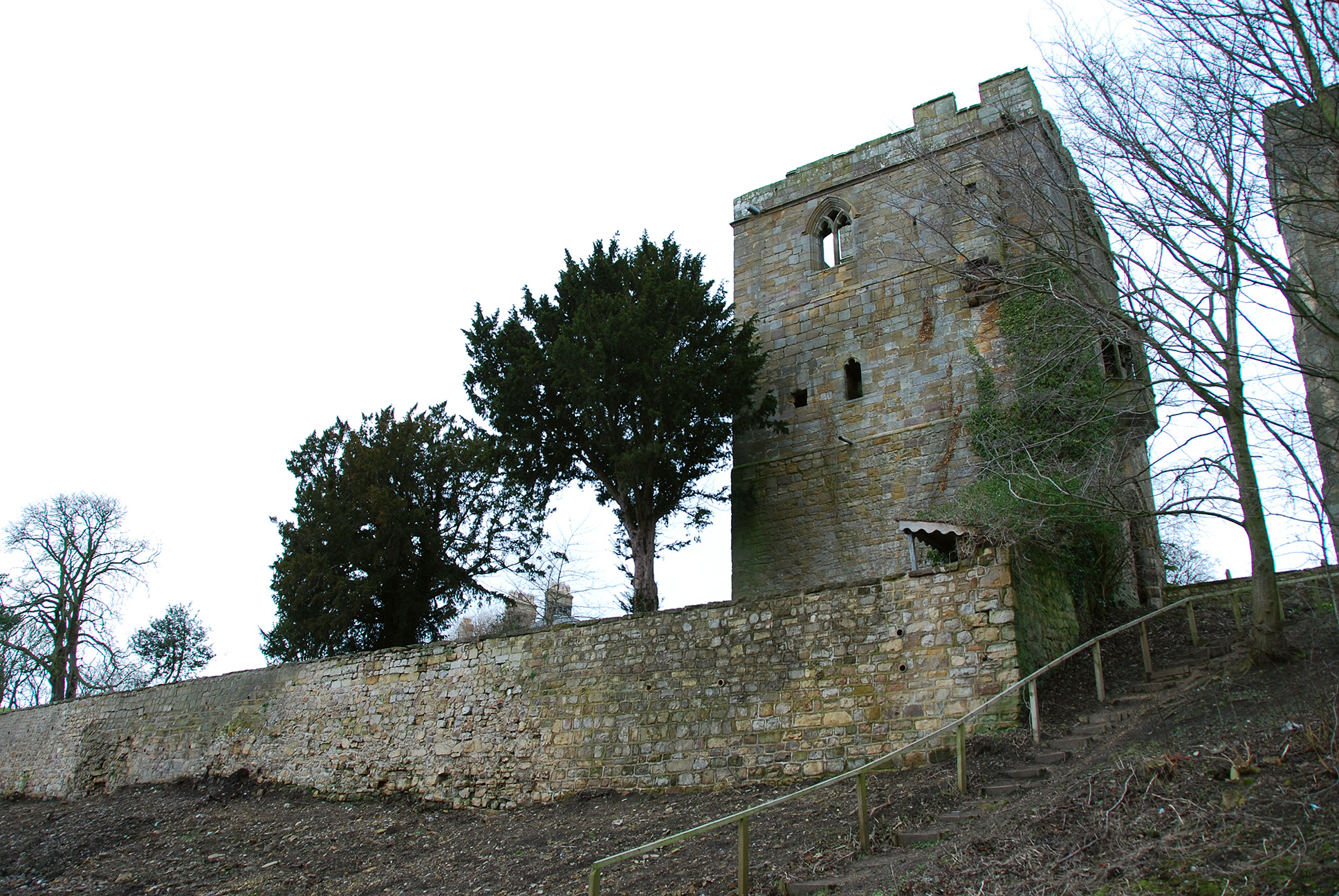 A license to crenellate was granted in 1348 to Matilda (or Maud), widow of John Marmion. It was remodeled several times with the current structure dating back to the 15th century. The upper rooms served as domestic chambers while the ground floor room served as a guardroom. In 1513, the manor passed to Elizabeth Parr, grandmother of Queen Catherine Parr who was the last wife of Henry VIII.

In the 1530s, John Leland described the impressive gatehouse tower, which formed the principal entrance to the now vanished manor house as possessing "a fair tourid gate and a haule of squarid stone." It was battlemented in the fashion of a castle but not provided with a portcullis or arrow loops.

Marmion Tower resides in North Yorkshire, England on the banks of the River Ure. Only the gatehouse tower remains as the manor house has long since vanished. The tower includes a decorative oriel window, in addition to various rooms on the ground floor and stairs for ascending to the first floor. A garderobe, which empties over the River Ure can be seen projecting from the top floor.

It is worth a visit if you are traveling to nearby Middleham Castle. Impressive views of Marmion Tower may be attained by walking along the riverside and bridge crossing the River Ure. However, do not recommend setting aside a whole day to visit the tower. An hour should provide more than ample time to explore this historical artifact.