There has been a castle at Rhuddlan since the 11th century, however the current castle was constructed as part of Edward I's iron ring of castles by Master James of St. George in 1277. Rhuddlan Castle resides next to the River Clwyd in Denbighshire Wales and consists of four different types of stone. It also followed the concentric ring design as was used at Beaumaris Castle and Caerphilly Castle, though its walls are more diamond shaped than square.

Rhuddlan Castle was unsuccessfully besieged a few times by the Welsh, but was slighted during the English Civil War by Parliamentarian forces and fell into further ruin from then on. The castle does have an interesting legend dating from its Welsh past. 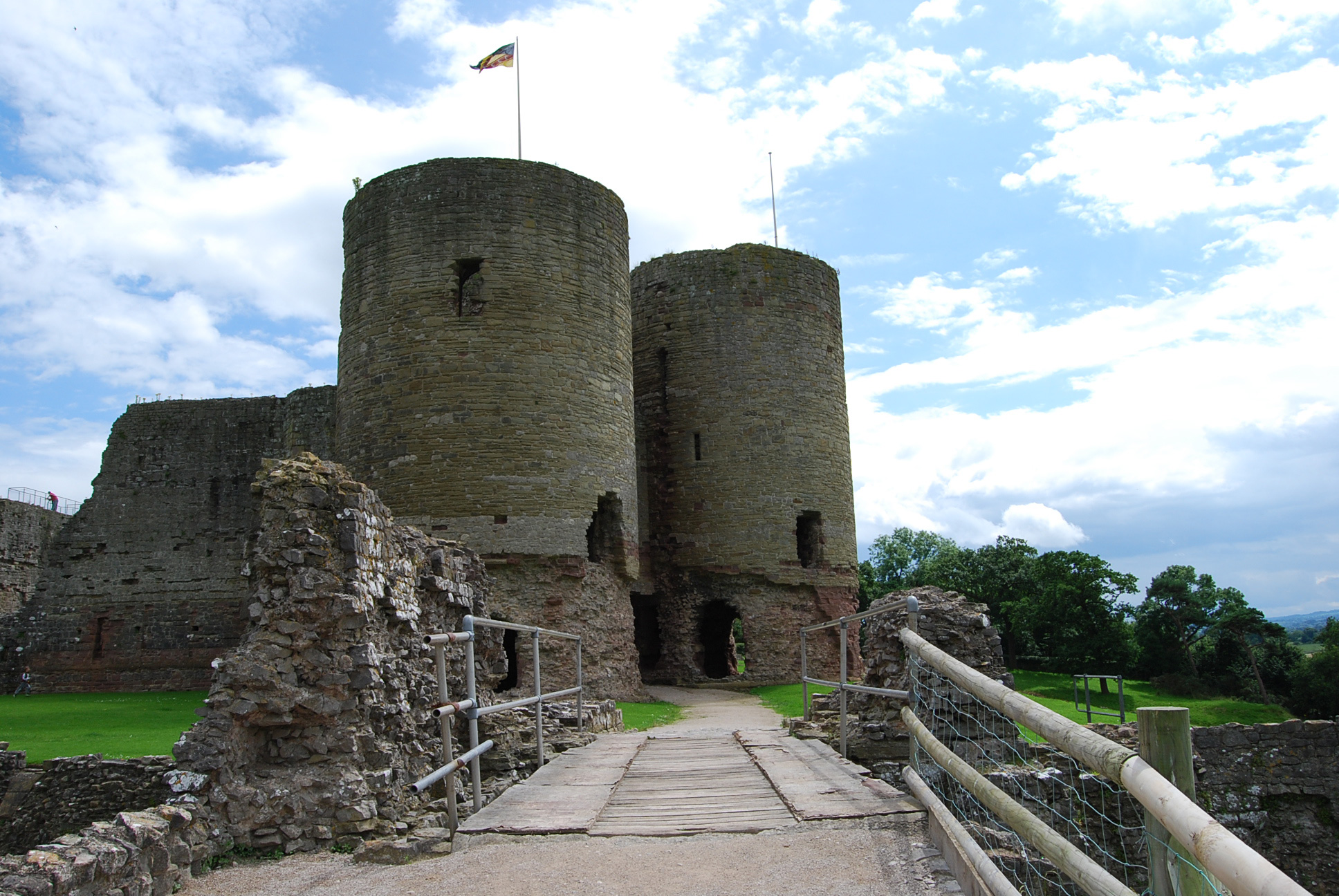 Long ago Erilda, the beautiful daughter of the King of North Wales, was betrothed to Morvern, Prince of South Wales, a union intended to forge a peace between the two nations. One day, while following the royal hunt, the princess became lost and, with darkness falling, terror gripped her soul. Suddenly a figure rode out from the shadows, and the most handsome knight she had ever seen appeared before her. He lifted her into his horse and carried her back to her father's castle at Rhuddlan. The anxious king was overjoyed when the black-clad warrior, with blood-red plume upon his helmet, rode into the courtyard with his daughter.

Sadly, though, this was no chivalrous knight, but a fully-fledged demon from hell, determined to wreck the peace between the two nations. To that end he cast a spell upon the princess, and she found herself unable to resist when he suggested that she elope with him. As they made their way toward the nearby river, the bold knight reverted to his true form, and the princess recoiled in horror at the slimy, gray creature to which she was about to plight her troth.

Moments later Erilda lay dead, stabbed through the heart by a three-pronged spear that sprang from the claw of her hellish tormentor. Lifting her lifeless form in its scaly arms, the creature flung her into the River Clwyd and, with a devilish cackle of grim satisfaction, leaped in after her.

Anyone tempted to dismiss the tale as an idle legend, and ponder why the demon didn't just slay the unfortunate Erilda in the forest, should heed the ghostly screams and demonic laughter that have curled the blood of many a passerby in the dead of night. Furthermore, had the demon knight done the dastardly deed beneath the forest canopy, he may well have been denied the pleasure of chasing a spectral Erilda round the ramparts of Rhuddlan Castle night after night until such time as hell freezes over!