Rochester Castle and its massive keep protected the River Medway, which once served as a vital route to London. Built about 1127, its rich history dates back to 1215 when King John of England launched a two month siege against baron rebels who took refuge in the castle. Nearly half century later in 1262, another siege by Simon de Montfort would give rise to a tale of a ghost roaming Rochester Castle. 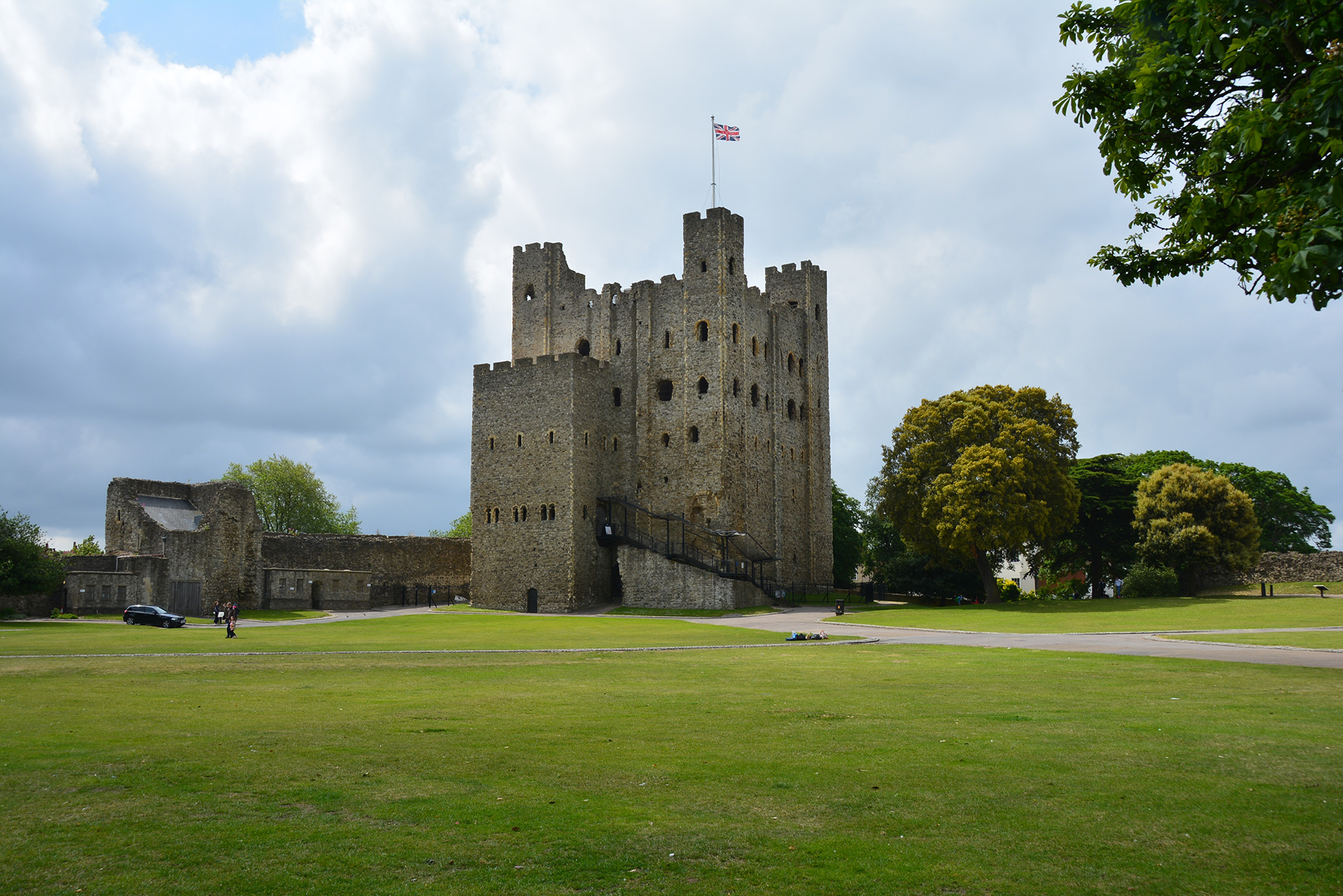 In de Montfort's army was a knight named Gilbert de Clare. He was the rejected suitor of Lady Blanche de Warrene, who was now holed up inside the castle with her fiancé, Sir Ralph de Capo. A week of battering by stone-throwing machines caused heavy damage to the castle. Then a mine tunnel was begun. This would have toppled the walls and brought the castle's capture, had not de Montfort been forced to beat a hasty retreat when news brought that the king was approaching with an army. Suddenly, the castle gates opened and Sir Ralph, emboldened by the proximity of the king's forces, led his fellow defenders in pursuit of the retreating rebels.

Lady Blanche de Warrene watched the skirmish from the southern battlements of the castle, and no doubt felt a twinge of relief when she saw her betrothed galloping back towards its gates. Unfortunately, it was in fact the dastardly Sir Gilbert de Clare, who, having donned an identical surcoat to that worn by Sir Ralph, was able to ride unchallenged into the castle and climb to the ramparts where he seized Lady Blanche.

At that moment, Sir Ralph looked up from the fighting and saw his lover struggling against a vicious assault. He seized an archer's bow, took aim, and fired an arrow high into the air. Tragically, it glanced off de Clare's armor and killed Blanche. That night her ghost was seen walking upon the battlements, the arrow still protruding from her. She has walked her timeworn path ever since, a forlorn figure, whose dark hair, streaming in the breeze, provides a vivid contrast to the brilliant white of her dress.