Built around 1070 upon order of William the Conqueror shortly after Battle of Hastings in 1066, Rockingham Castle was held by the crown until 16th century when it was granted to Edward Watson by Henry VIII.

Rockingham Castle is very picturesque with its medieval twin D-Tower gatehouse, Tudor houses and gardens. It was a favorite hunting lodge for the nobility and attracted many famous visitors. Aside from a few small skirmishes during the English Civil War when Royalist Troops supporting Charles I garrisoned in the castle, history of the structure has been predominantly uneventful. However, one famous visitor who frequented the castle provided his own tale. 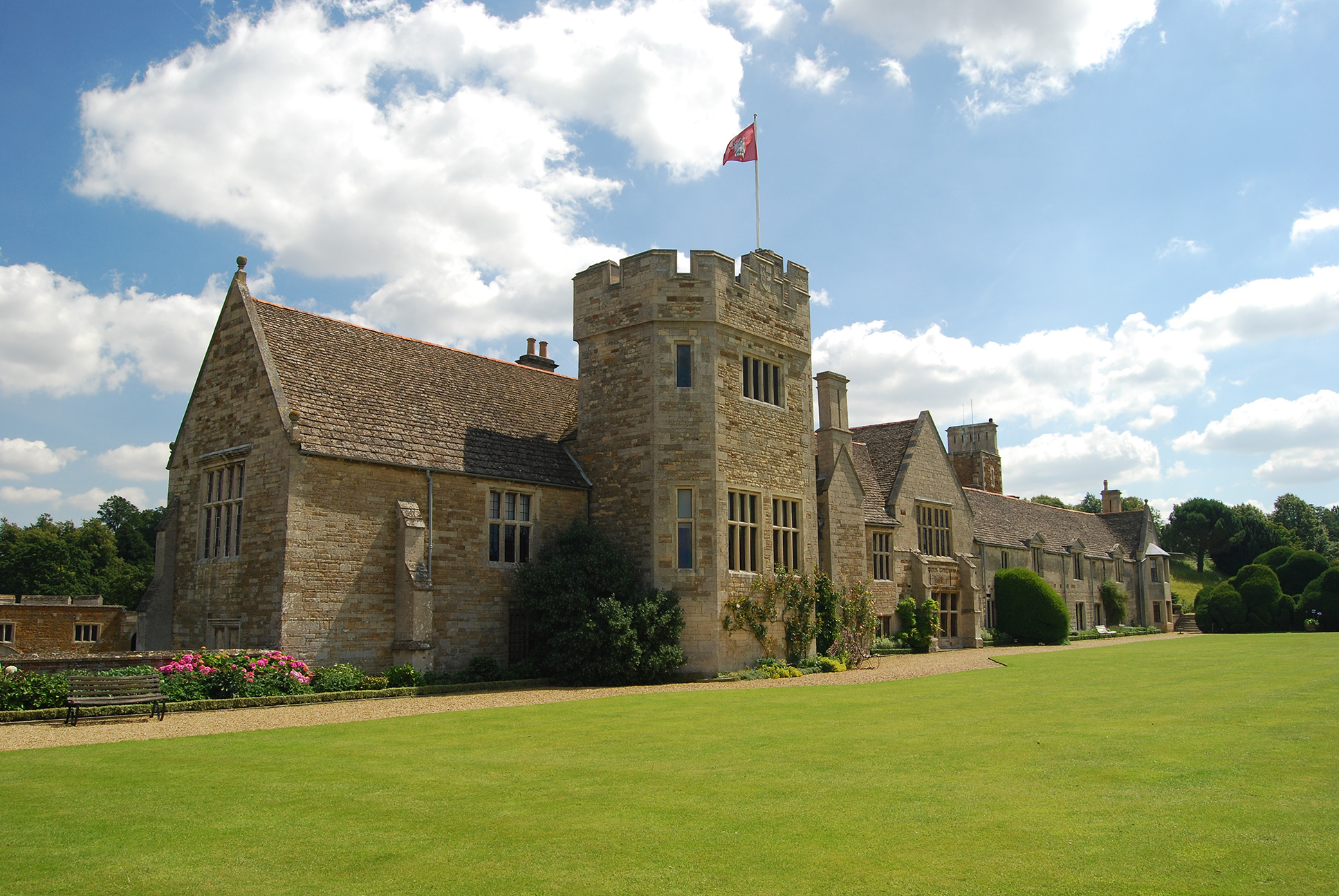 Although the castle’s spectral inhabitants are a little thin on the ground, the one reported ghostly sighting is more literary that literal, and tells us more about the man who saw it than it does about any ghosts that may, or may not, walk the corridors at Rockingham Castle.

Charles Dickens (1812-70) was a regular visitor to the castle, being a great friend of the then owners, Richard and Lavinia Watson. In November 1849, he spent several days here and delighted his hosts by acting out scenes from Nicholas Nickleby and School for Scandal alongside Mrs. Watson’s cousin, Miss Boyle. The house and grounds certainly wove their magic upon the author’s fevered imagination. As "the first shadows of a new story" began "hovering in a ghostly way" around him, he made several visits to Rockingham Castle to commit to memory in preparation for its becoming "Chesney Wold" in his novel Bleak House. Whenever Dickens created a character, the person became very real to him, taking on a life of his or her own. It wasn’t unknown for him to hold conversations with his fictitious inventions, and for their fates to affect him in sundry ways.

Thus it was that, while walking behind the 400-year-old yew during one stay at Rockingham, he is said to have come face-to-face with the ghost of the protagonists in Bleak House, Lady Deadlock. Since she was a fictional character, it is possible that the vision was more hallucinatory than spectral – or as the castle’s current owner James Saunders Watson told me; "Sadly I fear that the story was pure fiction, created by the genius of Charles Dickens. "