Stirling Castle is located at a cross roads of key north-south and east-west routes through Scotland. It has been attacked 16 times, with three major battlefields nearby. Its turbulent past and involvement in shaping Scotland’s history is rivaled only by Edinburgh Castle.

Stirling Castle has witnessed battles, baptisms, coronations, murders, served as a royal residence and military barracks. The castle's colorful and sometimes violent past has resulted in more than a few spectral spirits that still roam the halls and ramparts. 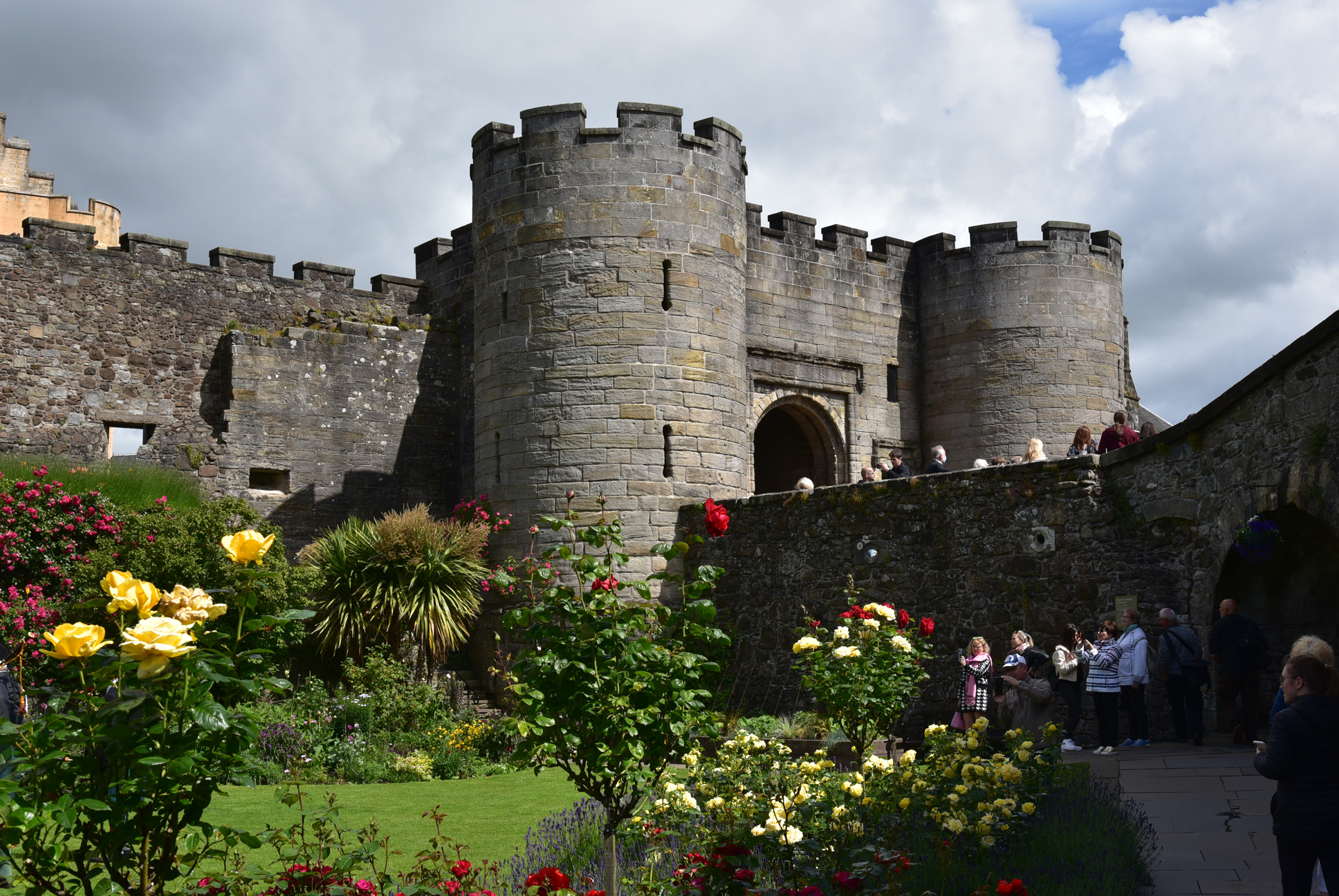 The most famous spirit to call Stirling Castle home is the ghost of the Green Lady. Stirling Castle still serves as home to a garrison and one evening she delayed dinner in the Officer’s Mess when she materialized behind the chef who was preparing the meal for the soldiers. Feeling as though he was being watched, he turned around, only to see her green translucent form standing behind him, at which time he fainted. She simply vanished on this occasion, but her appearances are usually a harbinger of bad things to come. On several occasions her visits have occurred shortly before fires or other mishaps at the castle.

Battlements used to surmount the Governor’s Block in the upper square of the castle. In the 1820s, castle sentries walking their beat along the battlements used to report hearing strange sights and sounds. One night, a sentry on his way to start his guard duty came across the body of the guardsman he was on his way to replace. The guardsman was lying dead at his post, his mouth wide open with a look of sheer horror on his face. Over the next few decades the sentry duty was halted and the battlements dismantled leaving only an angled roof. Alarmingly, in the room directly below, footsteps were still heard walking along the ceiling as though the sentry was still making his rounds. The footsteps were heard on three different occasions, once in 1946 and twice more a decade later, by different officers of the Argyll and Sutherlands. On all three occasions, it was very unnerving when all involved realized there was nowhere for anyone to walk up there with the battlements long gone.

The ghost of a Pink Lady sometimes can be seen leaving the castle and walking to the neighboring Church of the Holy Rude at Ladies’ Rock. This was an elevated location where the ladies of the court would go to watch knights participate in jousting tournaments. Some believe the Pink Lady is the ghost of the sole survivor of Edward I’s siege of the castle in 1304. Having escaped the siege, she keeps returning to the castle to find her slain husband. Though her spirit is seen leaving the castle, not entering.

There is also a male ghost, dressed in a Highland kilt, who can often be seen turning a corner and disappearing through a doorway near the dungeon. A spirit indeed, as the doorway he walks through is a now solid stone wall having been bricked up for decades.