Weeting Castle was built approximately 1180 by Hugh de Plais. Hugh was a tenant of William de Warenne, the Earl of Surrey. The Earl resided at nearby Castle Acre, which presumably inspired Hugh to construct Weeting Castle. 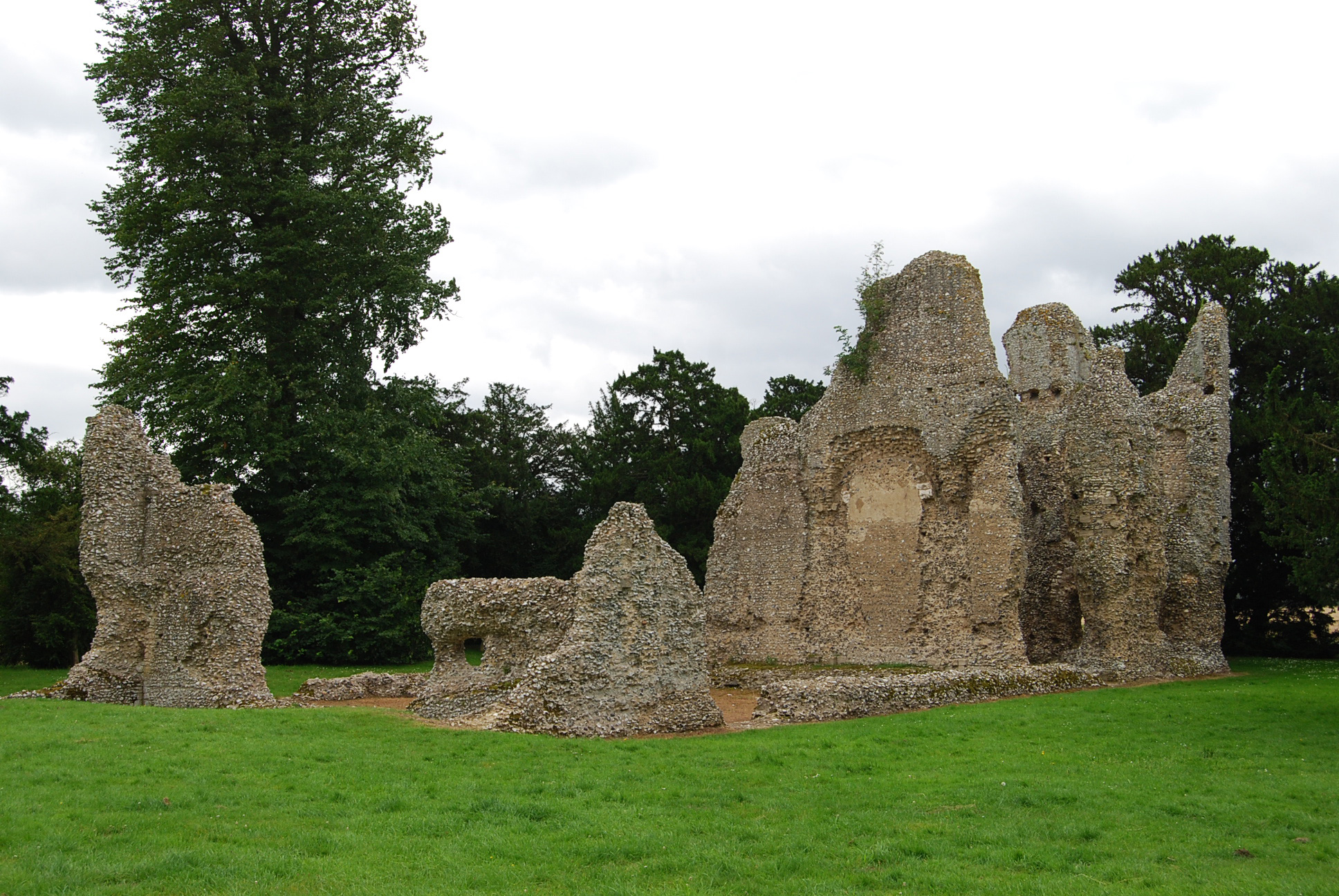 While the style and stone construction of both architectures were very similar, Castle Acre was a traditional castle, whereas Weeting Castle was built as a residential manor house rather than defensive structure. Weeting Castle consisted of a hall, chamber area, garderobe and free standing service area. The three-story chamber block and garderobe served as the private residence for the de Plais family. The hall, which included a vaulted timber ceiling was used to entertain guests. Conversely, distinguished visitors were isolated from the service area where food was prepared and stored.

During the mid-13th century, a water filled moat was constructed. It was added to convey a symbol of wealth and prosperity rather than defensive purposes. More than a century later in the late 14th century, ownership of the castle passed by marriage to the Howard family. While they grew in prominence to the title of Duke of Norfolk, Weeting Castle was ultimately abandoned around 1390. Thereafter, it fell into a state of disrepair. During the 18th century, a domed ice-house was built on the grounds to store ice, which accumulated on the frozen moat.

Today, only stone ruins and dry moat constitute the primary remnants of Weeting Castle. However, ample flint stonework of the chamber remains intact to convey the structure of original arched doorways and windows. The hall once used to entertain guests currently exists as a rectangular shaped area covered in gravel. In general, the structure possesses a coarse appearance, which is probably due to removal of its smooth dressing stone from the outermost walls. It was most likely removed for use on other buildings in the village.

Locating the castle may be challenging due to poor signage on B1106. Although Weeting is a small village, it is beneficial to know Weeting Castle is situated in a field near the church of Weeting St. Marys. Since the castle exists far enough from the village, its location provides a tranquil area to relax in a serene environment. A brief visit is recommended if touring other sites in Norfolk. As Castle Acre and Castle Rising Castle reside in close proximity to Weeting Castle, it is possible to visit all of them the same day.