Abergavenny Castle resides in Monmouthshire Wales and was built by the Norman lord Hamelin de Ballon around 1087 to guard the River Usk and the lowland areas south of the market town of Abergavenny from incursions by the Welsh from the hills to the north and west. 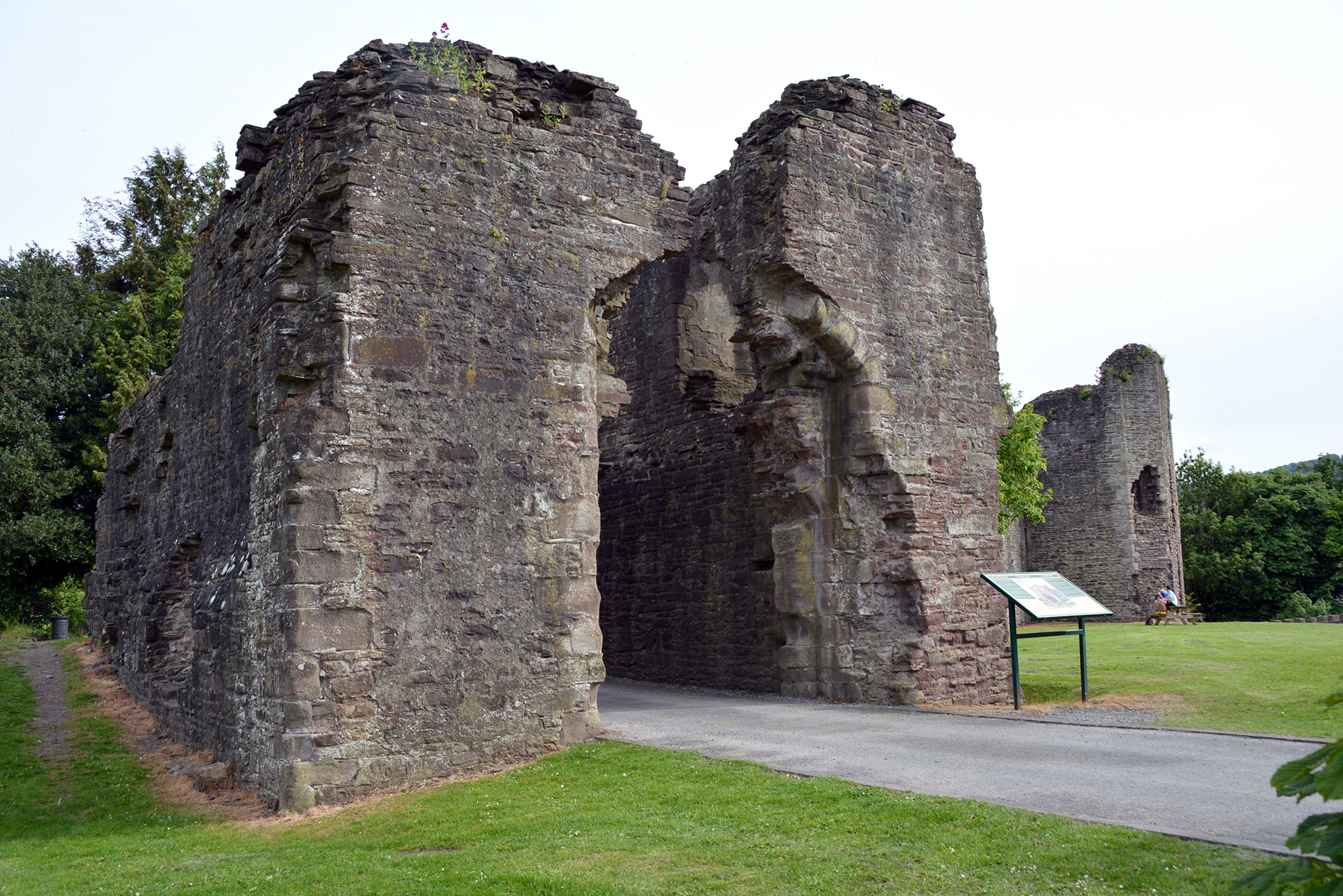 The original castle was a typical Norman motte and baily style castle with a surrounding ditch and wooden palisade walls. Soon after 1100, a stone keep was built to replace the wooden keep. In the 1160s, Henry Fitzmiles, 1st Earl of Hereford and lord of Abergavenny was killed, reputedly by Seisyll ap Dyfnwal of Castell Arnalt. Without a male heir, the lordship and castle passed to Henry’s daughter Bertha’s husband, William de Braose. William rebuilt parts of the castle and added the curtain wall, parts of which remain today.

In 1175, Abergavenny Castle was the scene of an infamous massacre. Over Christmas, De Braose called Seisyll and his son Geoffrey to the castle and other leaders from Gwent, supposedly as an act of reconciliation. De Braose then had the men killed in the castle’s great hall, to avenge Henry Fitzmiles. Due to William de Braose’s actions, sanctions were levied against him and he was “retired” from public life resulting in the castle being passed to his son, William. In 1182, Hywel ap lorwerth, lord of Caerleon, ordered the destruction of Dingestow Castle and had Abergavenny Castle set afire in retribution for the murder of Seisyll.

The castle was rebuilt in 1190 out of local red sandstone to make it more defensible. Five towers were built along the curtain wall in addition to a new keep. The castle was visited by King John of England in 1215. Abergavenny Castle was expanded by the Hastings family, who added two western towers, one circular and one polygonal. These were probably built between 1295 and 1314. In 1404, the town of Abergavenny was sacked and burned by Welsh forces during the rebellion of Owain Glyndwr. The castle barbican dates from around that period. During the English Civil War, as Roundheads neared the castle, Charles I ordered a slighting of the castle to render it indefensible. Most of the castle buildings including the keep were destroyed. The castle was left in ruins until 1819 when Henry Nevill, 2nd Earl of Abergavenny, had a hunting lodge built on top of the motte where the keep once stood.

Abergavenny Castle is a picturesque ruin today. The Hunting Lodge still exists and is used to house the Abergavenny Museum. The oldest part of the current castle is the motte or mound that the hunting Lodge now resides. Ruins of a round tower, the polygonal Solar Tower and the barbican still exist as well as part of the curtain walls. The museum is open to the public. The inner and outer wards are not much more than grassy open fields and a nice place for a picnic today.

Abergavenny Castle can be thoroughly explored in a couple of hours. To make a full day of visiting castles, Raglan Castle is about 10 miles to the east, along the A40.

Open to the Public
11am - 4pm;
Closed:
Wednesdays