Monmouth Castle resides on a bluff overlooking an important crossing of the Rivers Monnow and Wye in Monmouthshire Wales. The original earth and timber ringwork castle was built between 1067 and 1069 by William FitzOsbern, Earl of Hereford. FitzOsbern fought alongside William the Conqueror at the Battle of Hastings in 1066 and served as one of his most trusted barons. He built many castles including Chepstow, Berkeley, Carisbroke, and Wigmore Castles. 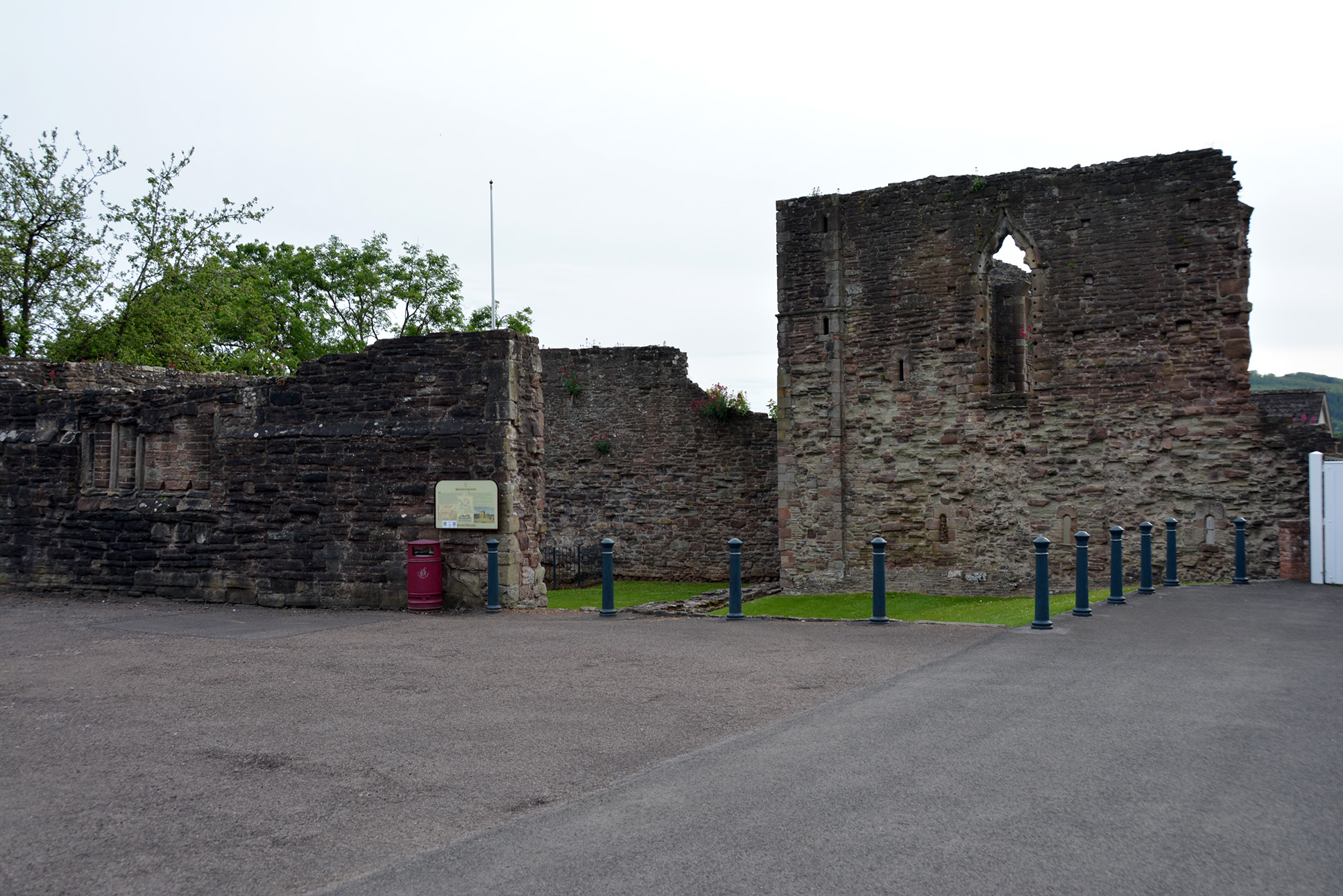 The oldest part of the castle still remaining today is the ruins of the Great Tower, which was built between 1120 and 1130. It is composed of stone and rectangular shaped with two stories similar to one at Chepstow Castle. The west wall of the tower comprised of sandstone rubble and ashlar dressings is more than 10 feet thick. Edward II was briefly imprisoned at Monmouth Castle before relocation to Berkeley Castle in Gloucestershire where he would later meet his demise.

In 1399, Monmouth Castle came into royal possession of Henry Bolingbroke who became King Henry IV of England. His son, Henry of Monmouth was born in the castle gatehouse. He would later become Henry V and famous for winning the Battle of Agincourt in France. Several centuries later in 1646 during time of the English Civil War, the castle was visited by Oliver Cromwell who ordered it be slighted and rendered indefensible. As a result, the Round Tower was subsequently destroyed in March 1647. In the same year, part of Monmouth Castle collapsed. About a quarter of a century later in 1673, the Great Castle House was built atop same site where Round Tower once stood. Approximately two centuries later in 1875, the structure served as headquarters of the Royal Monmouthshire Royal Engineers.

Once home to King Henry IV and birthplace of Henry V, Monmouth Castle mostly goes unnoticed on outskirts of Monmouth. It provides a tranquil setting to relax among gardens and ruined stone walls. Some walls of the Great Tower still remain along with portion of outer walls and few stone foundations, which reveal where other walls and rooms once existed. More than two centuries ago during late 18th century, decline of the castle was described by William Gilpin who wrote:

“The transmutations of time are often ludicrous… formerly the palace of a king, and birthplace of a mighty prince: It is now converted into a yard for fatting ducks.”

The Great Castle House, which houses a museum about the regiment is located across the street from the castle. Monmouth Castle is worthy of a quick visit and can be explored in about an hour even when allowing time to sit in the garden and relax. However, a visit to Monmouth should be scheduled along with a nearby castle to complete the day. Both Raglan and Chepstow Castles in Wales and Goodrich Castle in England.

Sign posted off the B4293 in the town of Monmouth.