Along the sea-battered Northumberland coast of England resides Dunstanburgh Castle. It was built by Thomas, 2nd Earl of Lancaster, in 1313. Several decades later in the 1380s, John of Gaunt inherited the castle and added a second gatehouse to the fortress and converted the massive gatehouse built by Thomas of Lancaster into a keep. However, his enhancements were performed hastily using a poor quality of stone. Consequently, they did not withstand the test of time as this portion of the structure fell into ruins much faster than the original construction. The castle remained a strong fortification until the 16th century when its need as a military deterrent waned and it began to decline into a romantic ruin. 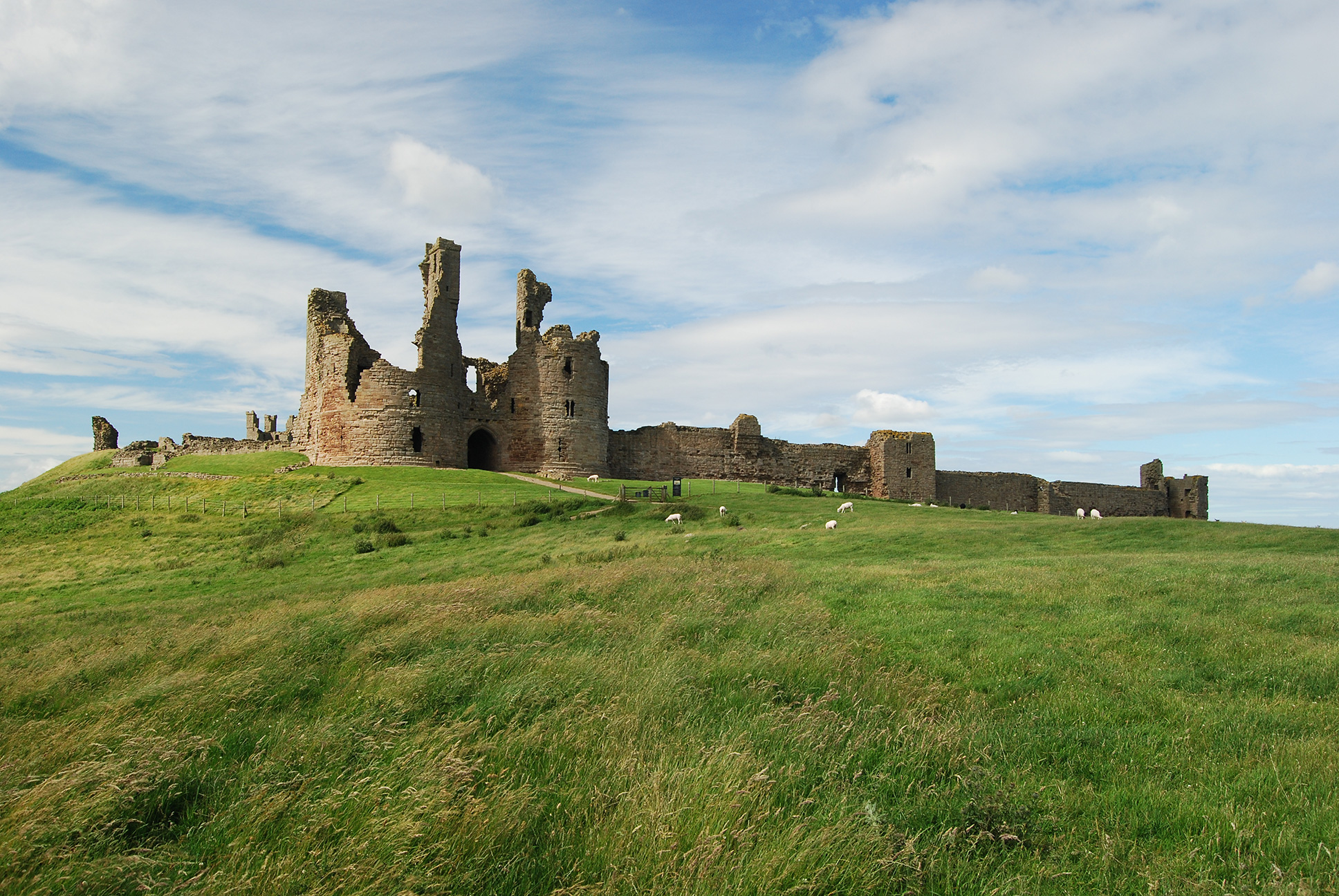 Prior to the Lancaster’s arrival, the lands were controlled by Simon de Montfort in the middle of the 13th century whose primary residence was Kenilworth Castle in Warwickshire. After de Montfort was killed at the Battle of Evesham in 1265, Henry III gave the lands to Edmund, Lord of Embleton and younger brother of Edward I and father of Thomas. Following Edmund's death, the lands passed to Thomas, Earl of Lancaster. In 1307, Edward II, cousin of Thomas, took the throne to become King of England. However, his devotion and favoritism towards the deplorable Piers Gaveston did not sit well with the Northern barons who were eventually led by Thomas of Lancaster in the murder of Gaveston in 1312. Now at odds with King Edward II, Thomas of Lancaster built Dunstanburgh Castle to protect himself. After months of tension, the king issued a formal pardon in October of 1313 to Thomas of Lancaster. However, construction of the castle was well underway by that time. On August 28th 1315, King Edward II granted a formal license to crenellate Dunstansburgh Castle, which was nearing completion. Nonetheless, it represented the king’s approval and acknowledgment regarding lawfulness of the castle’s existence.

Interestingly, English castles were typically built to defend a border or location along a key travel route. Dunstanburgh’s remote location along the coast was not considered a necessary location worth defending by the barons who controlled the territory prior to the arrival of Lancaster. Instead the castle was constructed due to political uncertainties, as well as increase in Scottish raids from the north.

For the most part, Dunstanburgh Castle served as a place of refuge during Scottish raids, as well as baron’s traveling along the Northumberland coast. While predominantly uneventful, the castle was a location of action during the Wars of the Roses when Yorkists battered it with cannon fire causing severe damage.

Dunstanburgh Castle is located on a remote outcrop along the North Sea. The castle was once one of the largest castles in Northern England. Even today in ruins, its massive gatehouse with its structure backed towards the sea would make any attacker think twice.

For visitors to the castle, a long walk from the car park in the south or across the golf course to the north will be necessary. The view of the castle as you approach from either direction is well worth the walk. The gatehouse with its twin towers remain as the most intact portion of the castle and best place to explore. Although a ruin now, ample remains of the gatehouse still exist to illustrate how large the towers were centuries ago. In addition, remnants of staircases and multiple floors within the towers still exist. If you believe the ghost story about Dunstanburgh, a secret hidden room exists somewhere close to or inside the gatehouse just waiting to be rediscovered.

Almost as interesting as the gatehouse is the Lilburn Tower located along the northern wall of the castle. Most towers of the period were built with circular shaped exterior walls to help deflect arrows or large projectiles fired from trebuchets and minimize structural damage. However, the Lilburn Tower was constructed with rectangular walls, possibly due to its location perched high above the surrounding fields where it would not need the extra defense afforded by rounded walls. Either way, the primary purpose of the Lilburn Tower was to serve as an observation post for persons approaching from the north either by land or sea. Lastly, Dunstanburgh Castle also has a very large inner baily which may have been used for farming or grazing livestock within its walls when protection was needed.

Take the B1339 to Windyside Hill Road to Craster. 1.3 mile walk north from Craster.