Preston Tower resides in Northumberland, England near the English border with Scotland. It was built in 1392 when warfare between neighboring countries was commonplace. In 1415, Preston Tower existed as one of 78 Pele Towers in the county. 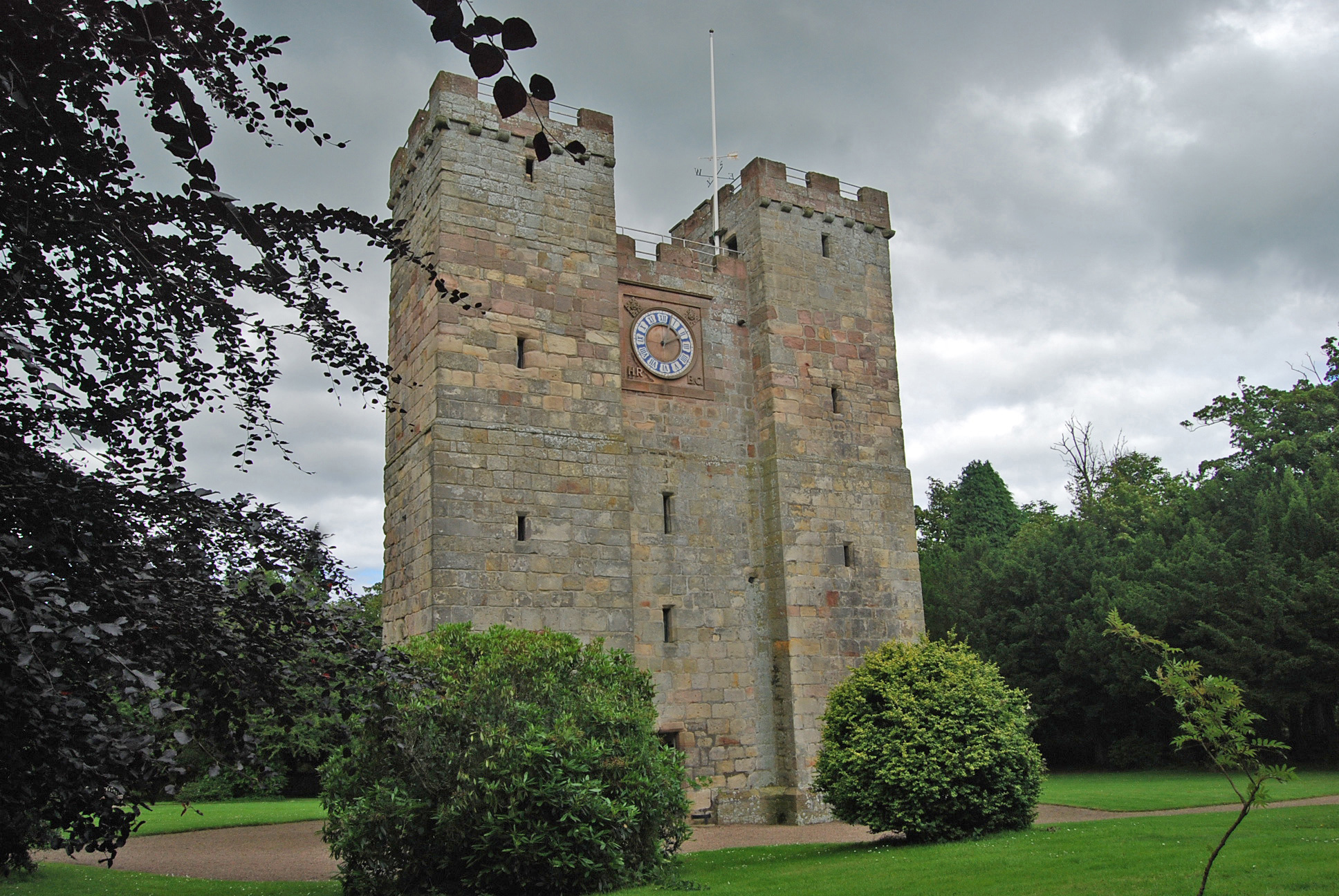 Pele Towers were common on both sides of the border as they afforded defense against invasion from a neighboring country, as well as Border Reivers who attacked and robbed people on both sides of the border between the 13th and 16th centuries. Thus, Preston Tower's seven foot wide outer walls were very successful in thwarting attackers. Some of those large stone blocks bear the same stone masons’ marks as those at Warkworth Castle.

A notable owner of Preston Tower was Sir Guiscard Harbottle who was slain on September 9, 1513 while fighting against the Scots and King James IV at the Battle of Flodden Field. King James IV was also killed in the battle.

The original tower contained four turrets and hall approximately twice the length as its current structure. In 1603, when King James VI of Scotland also began his reign as King James I of England during the union of England and Scotland, peace finally prevailed. During this time, half of Preston Tower was removed to supply stone for constructing farm buildings on the estate. Thereafter, only the south wall and two corner turrets with portions of the side walls running northward remained. More than two centuries later in 1864, the rear walls underwent restoration to create an enclosed tower with rooms. The twin turreted structure with enclosed walls remains intact to this day.

Though only half of the original structure remains, Preston Tower is still worth visiting. It is centrally located a short distance from Alnwick, Dunstanburgh, Warkworth, Bamburgh and Chillingham castles in Northumberland. Accordingly, it would be worthwhile to include a short visit to Preston Tower when touring nearby castles.

The picturesque settings of Preston Tower make it an ideal location for a picnic or stroll along one of its many walking trails. Amidst its solitary location, beautiful scenery including gardens and chestnut trees abound. You may possibly catch a glimpse of a red squirrel in one of its last strongholds in England as most have been driven out by the grey squirrel. The interior of the tower may also be explored. Its ground floor contains a guardroom and prison while the first floor includes a late medieval furnished bedroom and living room.

The second floor contains the most interesting artifacts. As an example, the Flodden Room houses a description of the Battle of Flodden Field, as well as extracts from Border Histories and Border Ballads. Additionally, you can view inner workings of a clock, which is displayed on both outer-walls of the tower. Internals of the timepiece include a mechanism similar to the one within Big Ben located in London. The clock was installed in 1864 upon restoration of the tower's rear walls. The clock bell located in one of the turrets, which strikes hourly, weighs approximately 1100 pounds.

Open to the Public
Open everyday:
10am - 6pm or dusk