Rhuddlan Castle resides next to the River Clwyd in Denbighshire Wales. Prior to its construction, a motte and bailey style timber castle existed to the south, which was built by Robert of Rhuddlan in 1073, shortly after the Battle of Hastings. Known as Twthill Castle, it remained serviceable until approximately 1242 with many interior buildings still intact. 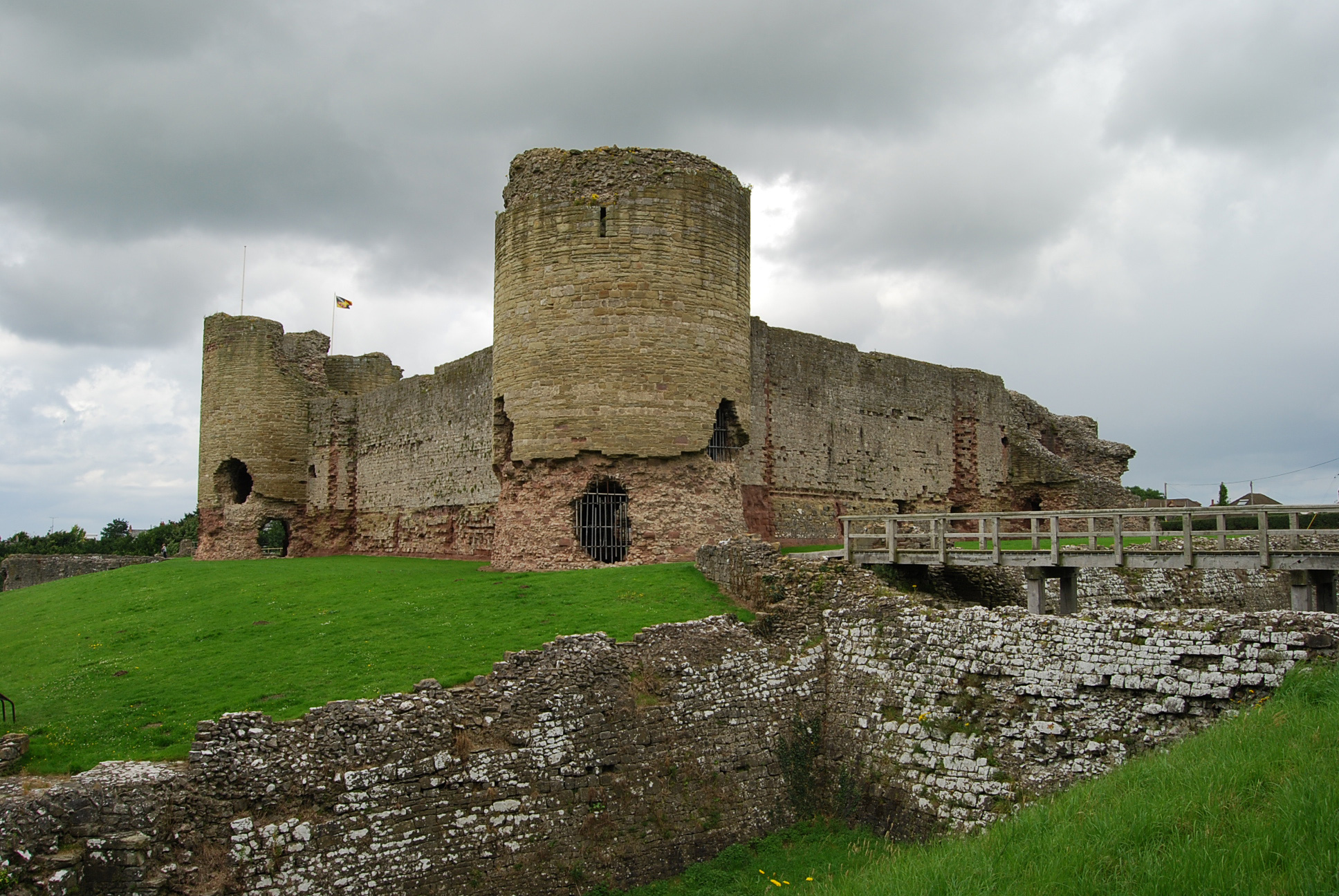 In 1272, Edward I was crowned King of England upon returning from the Crusades where he learned first-hand the art of war and military fortifications. Despite his royal status, Prince Llywelyn of Wales refused to pay homage to him. A few years later, Edward decided to pursue Llywelyn's submission by force and began preparations to control Wales. On 22 July 1277, Edward established an advance base at Flint where construction of Flint Castle began. On August 22nd, he moved his headquarters to Rhuddlan and utilized buildings within the old motte and bailey castle. In November, Llywelyn formally surrendered to Edward at Rhuddlan.

Prior to formal surrender, Edward began construction of Rhuddlan Castle in September 1277, which continued without pause until March 1282. Work began under Master Bertram followed by James of St. George approximately six months later. In 1278, as work progressed, King Edward and his wife spent a week at Rhuddlan and expressed their desire for royal apartments. By 1280, construction progressed enough to add lead roofs onto the stone based towers, in addition to shingles on the King's Hall in 1281. Master James eventually completed both Rhuddlan Castle and Flint Castle, as well as oversaw construction of Conwy, Caernarfon, Harlech and Beaumaris castles. These structures all located in Northern Wales collectively became known as Edward I's iron ring of castles. In 1285, Rhuddlan Castle sustained some damage requiring repair.

According to tradition, Rhuddlan Castle served as the location where Edward I declared he would appoint a Prince who was born in Wales and spoke no English, as well as devoid of tarnished reputation. He later named his own infant son, Edward, who was born at Caernarfon in April 1284. However, it was not until 1301, that he was formally created Prince of Wales. While occupying Rhuddlan Castle in March 1284, Edward I implemented the Statute of Rhuddlan. This historic statute created Flint, Caernarvon, Anglesey, Merioneth, Cardigan, as well as Carmarthen shires and established a system of government lasting for approximately half century until the Act of Union in 1535.

Rhuddlan Castle served a significant role during the English Civil War when it was garrisoned for the king until July of 1646 upon surrender to the parliamentarians. Thereafter, it was decided to render the castle untenable with Roger Hanmer, High Sheriff of the county, tasked regarding its "care and demolishment." As a result, current state of ruinous structure dates back to this time. In 1944, Rhuddlan Castle and Twthill were placed in state care and work began on conservation of the remains. Today, the site is maintained by Cadw, which represents the Welsh Government's historical environment service.

Rhuddlan Castle represents a classic Edwardian concentric castle as characterized by two concentric rings of walls for parallel lines of defense. The inner ward is surrounded by a symmetrical diamond shaped set of walls with towers located at north and south ends of the castle with twin towers flanking each gatehouse at both east and west corners. The outer ward is surrounded by a shorter wall that enabled archers and crossbowmen to fire weapons from inner walls over the heads of outer wall defenders.

Spectacular portions of Rhuddlan Castle from an architectural perspective include its massive twin four-story towers and West Gatehouse, which served as the main entrance to the inner ward and housed principal apartments. Tops of the towers originally included crenellations that provided additional protection for archers. Moreover, Gillot's Tower situated along the southern corner of the outer ward afforded protection to the Dock Gate from potential threats approaching via River Clwyd As a noteworthy item, most of the smooth stones comprising lower ashlar of Rhuddlan Castle were stolen through the years as villagers removed them to build houses in a nearby village.

Rhuddlan Castle should definitely take much less than a day to visit as it can be thoroughly explored in less than two hours. Other noteworthy attractions nearby include Conwy Castle and Flint Castle.

Rhuddlan Castle has a legend.

Sign posted off the A525 to Station Road to Castle Street.